The Aam Aadmi Party has clarified its stand on the subject of caste-based reservations in government jobs, saying it is in favor of abolishing reservations after social equality has been achieved.

Kejriwal said the Aam Aadmi Party was not in favor of discontinuing reservations in the current circumstance as caste-based discrimination, untouchability and injustice are still a reality in today’s India. Until this is removed, and everyone is given a shot at achieving a decent education, reservations will have to be maintained. 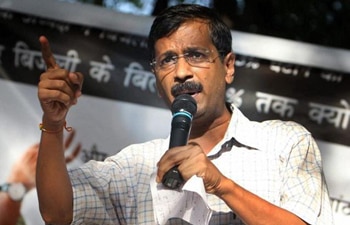 “In our country, there is a section in the society that has faced the injustices of untouchability and injustice for generations. The untouchability has not gone away even today, even in the cities. I have been to villages in UP and Bihar. Even today, there are separate areas outside the main village for dalits. Even today, if one of them comes close (to the ‘normal villager), they don’t take food. The stories that we used to hear is still practised in these villages,” Kejriwal said.

“Mere reservations (in jobs) will not work. We need more than that,” he said.

“We did a calculation. In the central and state governments, a total of 2 lakh government jobs are advertised that carry reservation benefits. But in our country, there are 25 crore people who belong to the oppressed classes. If you give 2 lakh jobs a year, it will take 1,000 years to cover 25 crore people.

“If we provide better education in government schools compared to private schools, then the people who live in settlements outside the village can send their children to these government schools and within one generation, these kids will grow up to be qualified, educated youths.

“In one generation, these kids will be ready, and will achieve equality and they themselves will say, ‘we want to compete with you on an equal footing. You can remove reservations.’ But we must have reservations until this is achieved,” Kejriwal said.

This is the first clear articulation of the Aam Aadmi Party’s policy on caste-based reservations, a touchy subject among upper caste voters. Many upper caste youth want the system of caste-based reservations to be removed as they feel that they are not able to compete when 50% of the seats are reserved for 75% of the population. Many upper caste job seekers point out that the 25-30% ‘general category’ students have only 50% of the seats available to them.

In the old times, most or virtually all the government jobs were handled by upper castes. The reservation policy has prevented this, creating widespread discontent among young upper caste, or ‘general category’ job seekers.

Kejriwal said his party has got the support of the backward and dalit (oppressed) castes and communities. “In Delhi, the entire Valmiki community, the entire dalit community is with Aam Aadmi Party. Out of the 12 seats reserved (for Dalits), we won 9 seats,” he pointed out.