March continued to be dominated by Honda, with Hero, Yamaha and TVS trying to play catch up.

Sales growth in the scooter segment was 53%, while motorcycle growth was 57%. Market share increased to 28% while market share in domestic and exports combined was 26%. It saw the highest monthly and yearly sales in March and this year. 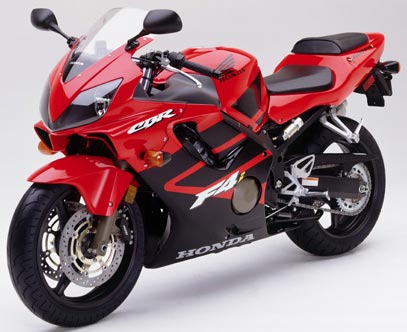 Recording its most successful year in India, Honda Motorcycle & Scooter India Pvt. Ltd. (HMSI) closed the year by recording its highest ever sales of 37.21 lac units in FY’14 with 55,000 units sold on only 1 day (March 31st) on occasion of Gudi Parhwa and Ugadi in West and South India respectively.

The year saw the launch of three new models from Honda Motorcycles – CB Trigger, Dream Neo & Activa-I and the showcase of Activa 125.

Honda said it had excellent response to Dream Neo and Dream Yuga, with combined sales crossing 6.3 lac units this year.

In 150cc motorcycle segment too, HMSI made significant 5% gain in market share.

HMSI expanded its network to over 2,800 outlets across India during the year.

Continuing with its upward sales growth trend, Yamaha Motor India Sales Pvt. Ltd. has registered a growth of 29% in domestic sales during March 2014 as compared to the corresponding period last year. The addition of ‘Alpha’ scooter has been instrumental in boosting sales to higher ranks, the company said.

Elaborating on the results, Mr. Roy Kurian, Vice President – Sales & Marketing, Yamaha Motor India Sales Pvt. Ltd, said, “With the launch of our family scooter-‘Alpha’ in Auto Expo along with Ray and Ray-Z, we were able to maintain consistency in our overall growth and the results projected the same.”

Commenting on the sales performance, Mr. Anil Dua, Sr. Vice-President (Marketing & Sales), Hero MotoCorp said, “Our strong sales performance in FY’14 is reflective of our new strategic approach that focuses on bringing revolutionary and game-changing technologies. Our retail growth at seven per cent during FY’14 reiterates the confidence and trust that customers have in our products. This kind of retail growth has significantly given us the necessary momentum for the new financial year.”

“FY’15 will be loaded with a slew of new launches, including many of the new products that we showcased at the recently concluded Auto Expo. These launches will be backed by strong marketing campaigns and continued market expansion. We are gearing up for increased market demand for our products with the commissioning of the Neemrana plant in this financial year.”

In the month of March, Hero MotoCorp rolled out the “Splendor iSmart” with ‘i3S Technology’ (Idle Stop and Start System) in the 100-cc category. i3S is a technology that automatically shuts the engine when idling and turns it on, when needed, with a simple press of the clutch, giving more mileage in congested cities.